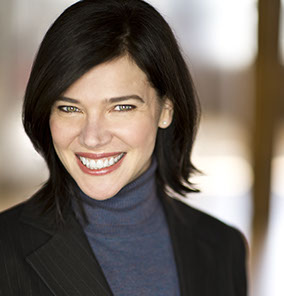 M.J. has been working professionally in the theatre since the age of 17. Having spent the beginning of her career as a performer, she now works regularly as a voice teacher, vocal coach, music director, pianist, and vocalist.

M.J. worked as a Vocal Director for Disney Cruise Line teaching the mainstage shows for the Disney Magic Cruise Ship. She played keyboard for the ‘Broadway Across Canada’ tour of “Wicked” (TCU Place), Drayton Entertainment’s production of Les Misérables, and was a keyboard sub in Dancap’s Toronto production of “Jersey Boys”.

In addition to her thriving private vocal studio,  M.J. is a member of the Vocal Faculty at Sheridan College teaching voice lessons and vocal coaching in the Bachelor of Music Theatre Performance program.  She taught in the College program at Randolph Academy for the Performing Arts, the Laurier Conservatory’s Music Theatre Academy, and has vocal coached and accompanied at a number of arts schools in the GTA and Kitchener including Etobicoke School of the Arts, Eastwood Collegiate, Cawthra Park Secondary School, and Wexford School for the Arts. M.J. is a frequent adjudicator and clinician, and is a member of the National Association of Teachers of Singing and of the Ontario Registered Music Teachers’ Association.

M.J. music directed both a Kingston, Ontario production and a successful provincial tour of “Anne and Gilbert” for the Thousand Islands Playhouse. She did the vocal arrangements and music direction for the Next Stage Festival production of “Just East of Broadway”, starring Ma-Anne Dionisio and directed by Jordy Merkur. Other music direction credits include “Mid-Life! The Crisis Musical” (Laugh Out Loud Productions), “Seussical the Musical” and “Beauty and the Beast” (Silver Mist Productions), “You’re a Good Man, Charlie Brown” (Da Capo), “Victor, Victoria”, “Annie Get Your Gun”, “Oklahoma”, “Beauty and the Beast” (CCP).

In her former life as music theatre performer, M.J. appeared onstage as an actor and accompanist in the touring production of “Piaf: Love Conquers All” (LVR Productions).  She performed on Disney Cruise Line, at Stage West Mississauga, and Paramount Canada’s Wonderland, to name a few. She is a graduate of the Music Theatre Performance Program at Sheridan College.  M.J. is a current resident of Kitchener-Waterloo, where she moved after 23 years of living and working in Toronto. On Sunday mornings, she can be found directing the choir at Forest Hill United Church in Kitchener.