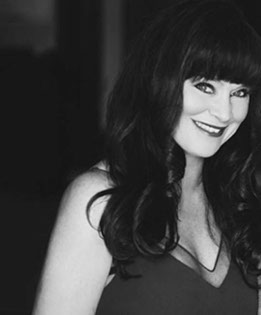 Kimberly Kay is an internationally acclaimed teacher, choreographer and adjudicator. She has owned and operated Dimensions in Dance in Kitchener Ontario for over 30 years.

The motto of Dimensions in Dance is “The Studio With A Difference”, and this is truly reflected with the level of professionalism and dedication that Kimberly brings to the table. When a dancer graduates from Dimensions and moves on to pursue higher education in the arts industry, they are invited to the finest arts institutions including but not limited to: The National Ballet School of Canada, The Quinte Ballet School, Ryerson University, The Royal Winnipeg Ballet School, The Randolph Academy and the Debbie Allen Performing Arts Company in California.

Kimberly’s students have performed on Broadway, National Tours, Theatre, Major Motion Pictures and Television shows such as “The Next Step”,

Cir du Soleil reality-based show “Under the Big Top”, and “Northern Rescue” on Netflix. You have seen the dancers from Dimensions on “So You Think You Can Dance”, in New York working with the “Radio City Rockettes”, “Billy Elliot” and in many of the prestigious Stratford Festival’s plays.

With Kimberly’s outstanding choreography and technique, her students continue to compete at an International level and are regularly invited to compete and appear with Abby Lee Miller on her hit TV show “Dance Moms”. Dimensions in Dance students currently hold the title of Junior Mr. World Dance as well Jr. Miss World Dance. Her dancers have scholarships at The Edge in L.A. and are featured in instructional videos from The Broadway Dance Centre in New York. They are sought after as apprentices and assistants to Industry Leaders such as: Marinda Davis Mia Michaels, Dee Caspery, Chris Judd and Brian Freidman. Kimberly’s dancers have been featured on the cover of the American publication of ‘Dance Teacher Now’ and have appeared in the prestigious Dance Magazine.

Locally, Kimberly continues to give back to the community and help foster Kitchener-Waterloo’s thriving Arts Community. She choreographed “Joseph and the Amazing Technicolor Dreamcoat” and “Footloose” for Kitchener Waterloo Musical Productions.

With having judged over 50 competitions nationwide, she is sought after as a judge and regularly adjudicates dance competitions and pageants across Canada and the United States, including Las Vegas, California, Dallas, New York and Hawaii.