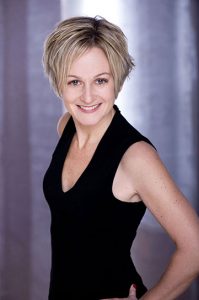 Kerry currently resides in Toronto and is a professional Director and Choreographer.

Kerry has spent nine seasons at the Stratford Festival. Productions she has worked on include; HMS Pinafore Crazy For You, Fiddler On The Roof, 42nd Street, Camelot, and Two Gentlemen of Verona. You might have seen her on the CBC reality TV show Triple Sensation Season I and II as a dance judge and choreographer.

Kerry was also the Children’s Casting and Resident Director for the North American premiere of The Sound Of Music with Mirvish. She has spent 13 seasons at the Charlottetown Festival as part of the creative team and the Director /Choreographer of the Confederation Centre Young Company.

She has taught at many theatre institutions such as Sheridan College, Randolph Academy, St.Clair College, St.Lawrence College, Etobicoke School Of the Arts, and George Brown College.  Kerry has been a dance adjudicator for festivals across Canada for twenty years.

“Nothing is impossible; the word itself says “I’m possible!” -Audrey Hepburn.